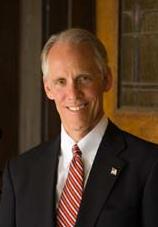 Dr. Barden has held university faculty positions in a highly ranked graduate science department, a highly ranked medical school and a highly ranked law school. He has given invited national training addresses to the American Psychological Association, the American Psychiatric Association, the American Bar Association, the U.S. Surgeon General's Conference, the International Association of Plastic and Reconstructive Surgeons and many other groups. Dr. Barden has also testified in courtrooms as an expert witness on psychological, scientific and/or legal issues in many states. Dr. Barden has also provided training and consultation to state and federal investigators including F.B.I., Sheriffs Office staff and Police Investigators. He has also served as a member of a State Higher Education Coordinating Board (MN), a member of a State Licensing Board of Psychology (MN), and a State Special Assistant Attorney General (UT).

Dr. Barden received his training in psychology from the University of Minnesota, the University of California at Berkeley, and the U.S. Veterans Administration/Stanford University Medical Center. As a result of his research and publishing efforts in the field of psychology, Dr. Barden received two national science awards including a national Young Scholar Award from the Foundation for Child Development and a national Faculty Scholar Award from the W. T. Grant Foundation. Dr. Barden also attended Harvard Law School (J.D., cum laude). With colleagues in law, medicine and public policy, Dr. Barden drafted the Emergency Medical System for Children Act -- model legislation mandating improvements in the emergency medical system for children. This work was published in the Harvard Journal on Legislation. Some version of this legislation has been adopted in more than 20 states.

Best reached by email at rcbarden@mac.com