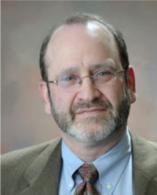 Dr. Singer has taught graduate level courses in forensic psychology ethics and abnormal psychology as an adjunct instructor at Fairleigh Dickinson University School of Psychology in Teaneck, NJ. Dr. Singer is on the editorial boards of the Open Access Journal of Forensic Psychology (OAJFP) and Sexual Abuse in Australia and New Zealand: An Interdisciplinary Journal (SAANZ). He has several publications on the topic of sexual offenders as well.

Dr. Singer is available to give educational presentations and workshops on such topics as sexual offenders, forensic psychology, psychological evaluations, risk assessment, and the treatment of psychological disorders. He has addressed such groups as the New Jersey Chapter of the Association of Family and Conciliation Courts, Federal Public Defender of North Carolina, the office of the public defenders in Wisconsin and New York State's Mental Hygiene Legal Service, Fairleigh Dickinson University psychology gradate students, the forensic committees of the New Jersey Psychological Association and the New York State Psychological Association as well as internationally, in Amsterdam, Netherlands, to the Congress of the International Academy of Law and Mental Health (2013).

By appointment only; please call for more information. This practice is not empaneled on any third party payor. Sliding scale fees under certain circumstances.