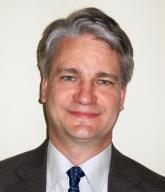 While working with families engaged in high-conflict litigation and lawyers suffering from various mental health and drug abuse problems, the Washington State Bar Association's family law section named him professional of the year. He has served as president of the Washington State Psychological Association and later his colleagues created an award named after him for "outstanding and tireless contributions." He was honored by the Puyallup Indian Nation's Health Authority for serving as a "modern day warrior fighting the mental illnesses, drug-alcohol addictions" of the people served by the nation's program. Finally, the American Psychological Association has conferred the Heiser Award on him in recognition of his record of public service and advocacy in numerous areas of professional activity.

couples
families
and people who have endured trauma

Available on request through e-mail.